Virunga National Park is the oldest national park in Africa and it is famously known for the endangered mountain gorillas and the active mount Nyiragongo and a lot of tourists have visited the park for the mountain gorilla safaris and the adventurous mount Nyiragongo hiking. But due to the tragic incident of the 11 th May 2018 in Virunga, in which one of our rangers was killed, and three people including two British visitors were abducted, and subsequently released.

The safety of our visitors will always be our highest priority, and for that reason we have taken a number of important measures. We are investigating the incident and assessing all the additional measures that need to be taken to provide the strongest possible assurance that every reasonable step has been taken to keep our guests
safe. To this end, we have hired an internationally respected specialist security firm to audit our security measures
so that we can make a balanced and rigorous assessment of visitor security. said by the park warden
We are also hiring additional security staff, both locally and internationally, to strengthen our team and our security protocols. However, it is abundantly clear that the Virunga region is deeply affected by insecurity and that this will
remain the case for some time. For Virunga to be safely visited, much more robust measures are needed than in the past.
This will require a very significant investment, and makes it impossible for us to re – open tourism this year. This has been a profoundly difficult decision for me, and carries with it enormous disappointment for all of those, including yourselves, that invested such hope in the extraordinary impact that tourism was having on people’s lives around Virunga. It also represents an enormous financial strain for the park, but we are convinced that it is the only responsible decision that we can make under the current circumstances.
We are extremely sorry for the inconvenience that has been caused, but remain deeply committed to the vision of developing a world class tourism destination in Virunga. We will relaunch this extraordinary project, but from a position of much greater strength, and sincerely hope to have you alongside us on this journey. Our team, led by Julie Williams, will remain in place, and can be counted upon to address any further issues that need attention.
We are deeply thankful for the patience and support that you have shown in these difficult times. This is an official letter from park warden. 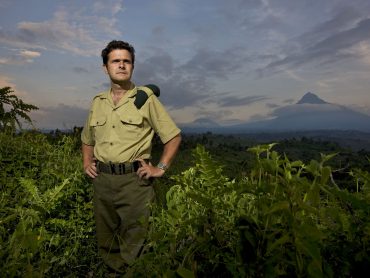 A combination of organized armed groups, poachers and rogue communities in the Greater Virunga Landscape are. Continue reading

The Dian Fossey Gorilla Fund has studied golden monkeys in Rwanda for years, because they are a critical part. Continue reading