Welcome to Democratic Republic of Congo an African country nestled in the central parts of the continent (Central Sub-Saharan Africa).

By area, Congo is the largest country in Sub-Saharan Africa, the second-largest in all of Africa (next to Algeria), and the 11th-largest in the world.

The rain forests of the Democratic Republic of the Congo comprise of great biodiversity including many rare and endemic species such as the common chimpanzees and the bonobos, the African forest elephants, the mountain gorillas, the okapis and the white rhinos.

The Democratic Republic of the Congo is the most bio-diverse African country. It is famously known for the mountain gorilla and lowland gorilla safaris in Virunga and Kahuzi Biega respectively.

Visiting the Democratic Republic of Congo, today is very possible if you arrange these tours with some of the few reliable tour companies like Eco Tours Congo that will help you arrange the full package and the tourist visa.

And if you are visiting both parks mentioned about for the gorillas you will get the affordable tourist visa valid for 14 days and after the mountain gorilla trek through the Lake Kivu from Goma you will take the boat cruise to Bukavu.

The Congo is inhabited by several great ape species, which include; the common chimpanzees, the bonobos, the eastern gorillas, and possibly the mountain gorillas.

It is the only country in the world in which bonobos are found in the wild. Much concern has been raised about great ape extinction.

Because of hunting and habitat destruction, the chimpanzee, the bonobo and the gorilla, each of whose populations once numbered in the millions, have now dwindled down to only about 200,000 gorillas, 100,000 chimpanzees and possibly only about 10,000 bonobos.

Gorillas, chimpanzees, and bonobos are all classified as endangered by the World Conservation Union, as well as the okapi, which is also native to the area. Below is a guide of visiting the Democratic Republic of Congo;

The main gateway to the Democratic Republic of Congo is Kinshasa – N’djili airport. Built in 1953, it hasn’t had much in the way of upgrades and certainly doesn’t rank among the continent’s better airports.

A major concern to foreigners at N’Djili Airport is the bribe culture that is still quite healthy there. Airport personnel frequently accuse foreigners of trying to remove antiques from the country, even when the items may clearly be modern tourist pieces.

A bribe of upwards of US$20 may be required to get through the multiple and repetitive layers of security successfully.

From Europe: Air France & Brussels Airlines have regular direct flights to Congo. Turkish Airlines also started service from Istanbul in August 2012. You can also try booking travel through one of the major African airlines like Ethiopian, South African, Kenyan, or Royal Air Maroc.

Other airports with international service are; Goma with service by CAA to Entebbe (Kampala) and Kisangani which is served by Kenya Airways from Nairobi.

However, Congo can also easily be accessed through various destinations such as Rwanda and Uganda which are nearby. Virunga National Park Reopens for Tourism After its Sudden Closure in 2018 following the Abduction of Two. Continue reading 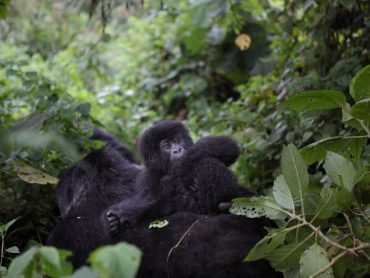 Today is giving Tuesday, a day of global giving, where donors big and small can show their love and support. Continue reading 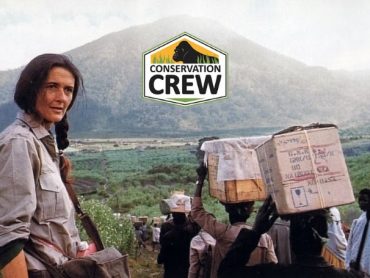 Giving Tuesday is TODAY and we have an urgent need to raise at least $50,000 for ONE new vehicle so that. Continue reading I hope this finds you well! Following last week’s amazing news about the reassessment of mountain. Continue reading