Our field teams in the Democratic Republic of Congo have identified a large, previously unknown group of critically endangered Grauer’s gorillas!!

Over the past 12 months – thanks to YOUR support – the Fossey Fund increased area where we protect Grauer’s gorillas in the DRC by 30%. This expansion is vital to the continued existence of these gentle giants, as most Grauer’s live in unprotected areas and face numerous daily threats to their survival.

Earlier this year, a Fossey Fund patrol team found signs of the new Grauer’s group – including more than 25 nests! – during a routine search, and their findings have now been confirmed.

Our teams in the field are now monitoring this newly discovered group regularly, but we had to stop exploring new areas of the forest to do so – our 5 teams in the Congo can only track two gorilla groups at a time.

These brave men and women spend weeks in the forest at a time following gorilla trails and tracking groups from a distance. They hike for days, enduring harsh elements, and risking their lives to ensure that these amazing animals remain protected at all costs.

Each Fossey Fund patrol team in the DRC is made up of 5 members and costs $50,000 per year to equip and sustain – that’s $685 PER DAY just to maintain our current levels of patrol…

But the discovery of a new gorilla group coupled with ongoing violence and instability throughout the country makes the need for more patrol teams on the ground in the Democratic Republic of Congo more urgent than ever.

What’s more – the funding needed to boost our current patrols doesn’t include other vital expenses, such as salaries for our Director of Congo Programs and other administrative staff on the ground there. Without these critical positions, Fossey Fund patrol teams wouldn’t even be able to deploy.

Your ongoing generosity truly sustains our critical work. That’s why I hope you’ll consider chipping in an additional $10, $25, $50, or any amount you can today to help fund TWO additional patrols in the DRC. Your support ensures our work NEVER stops. Thank you for caring and thank you for giving what you can.

The Dian Fossey together with other private tour companies in Democratic Republic of Congo do promote the Eco tours in Congo and if you a travelers willing to visit Congo and at the same time willing to participate in conservation programs done the some of the Congo National Parks like Virunga National Park and Kahuzi Biega National Park you can book with one of them mentioned above. 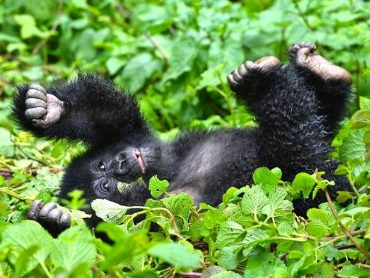 Remembering Mountain Gorillas in Virunga Regions 2018 has been a remarkable year for gorillas. Due to the. Continue reading